I have recently become interested in compact keyboards. In particular the Planck. The Planck is unusual in many ways compared to standard 104 key keyboard. In summary:

As mentioned above, a Planck has to be constructed. This involves inserting the key switches into the top plate and then into the PCB. I chose to insert all the switches in one go ensuring the switches were all flush on the top plate and all switch pins were inserted into the PCB. Before inserting the switches I tested each switch with a multimeter. With 47 switches there are 94 connections to solder. This does take a while though the pads are large and laid out in a grid which makes it natural to run through them one row at a time. If you have soldered anything before, a Planck PCB is pretty easy and probably wouldn't be a bad first soldering project.

Below are some photos of the process. 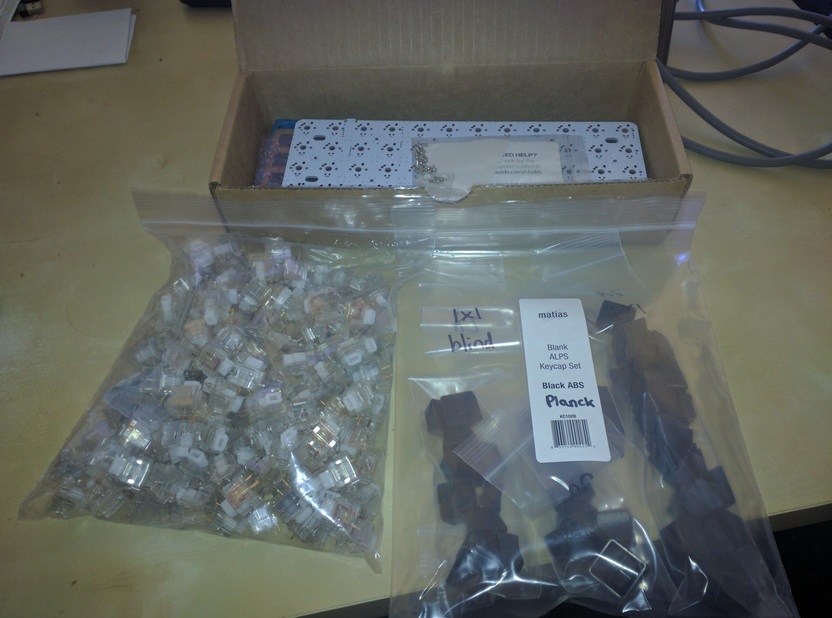 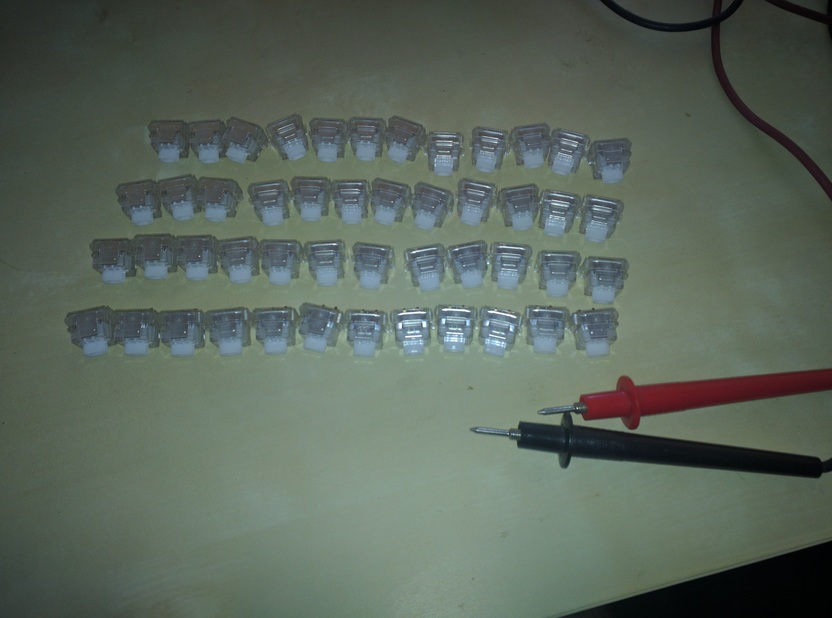 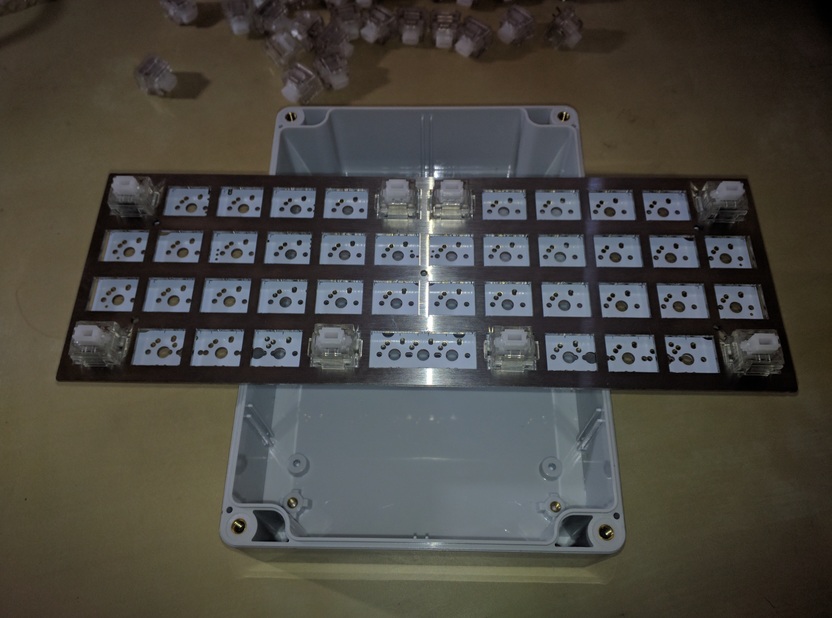 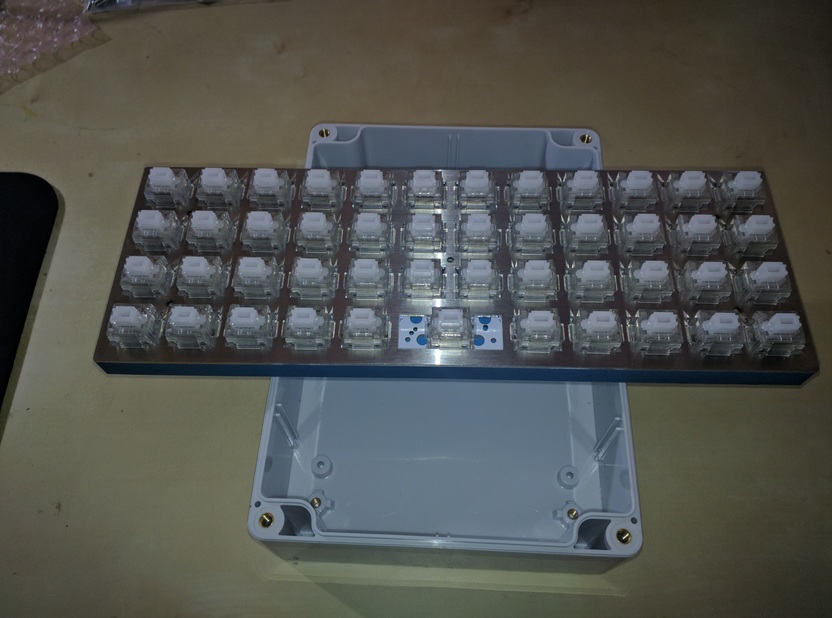 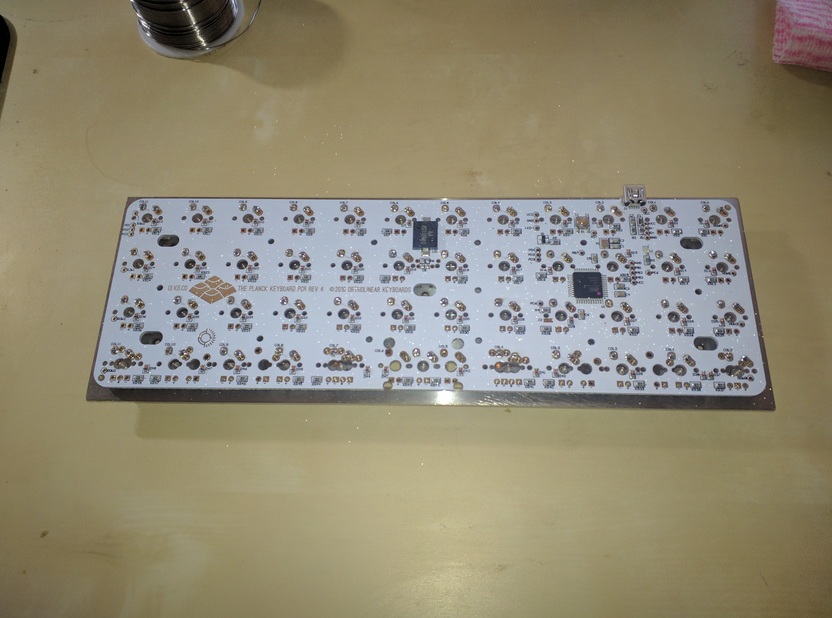 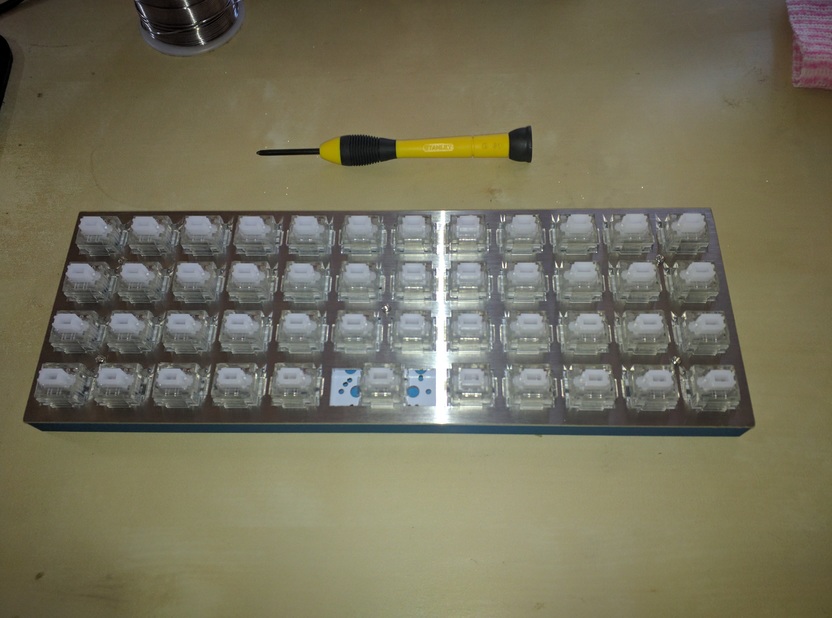 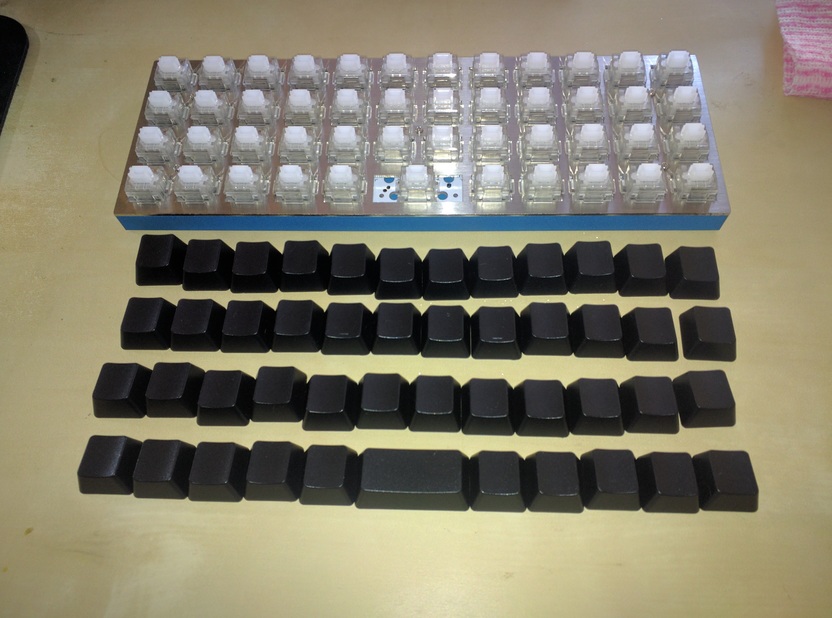 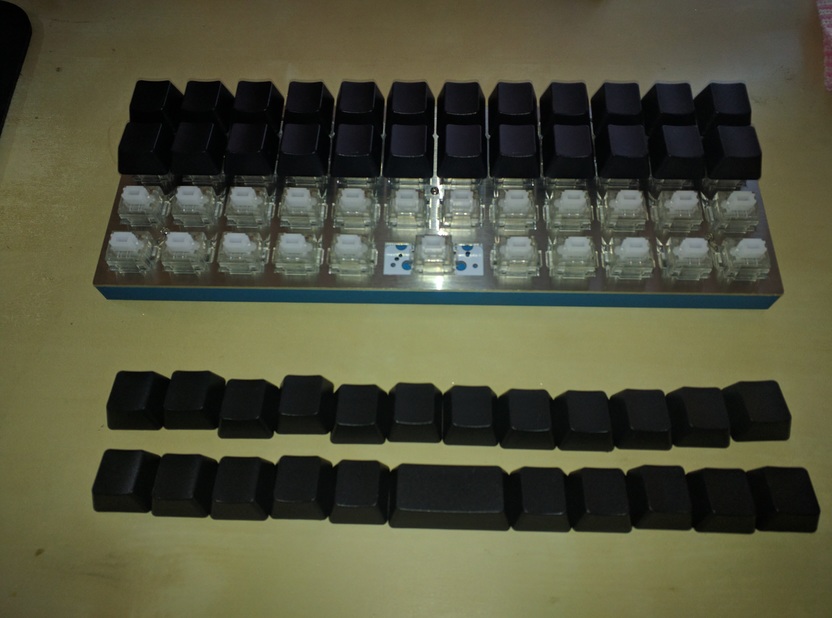 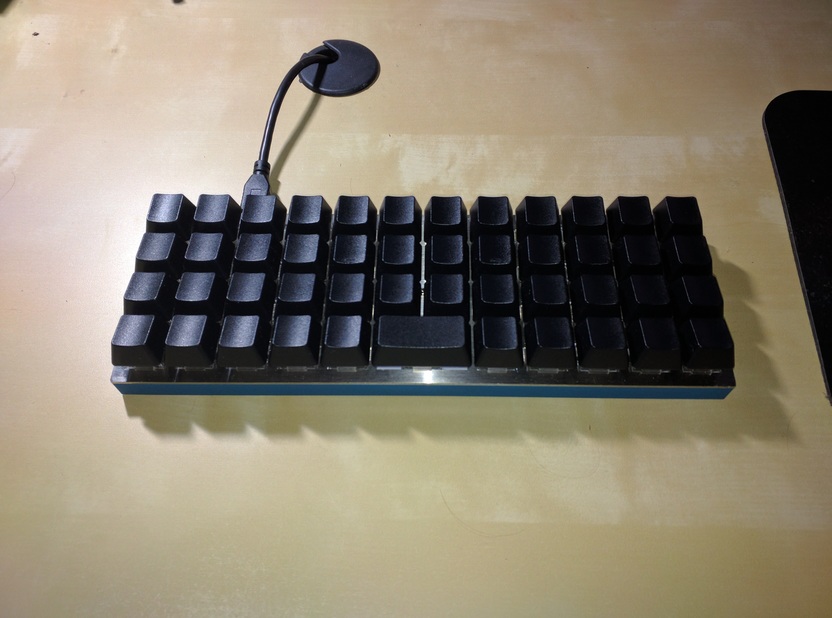 Using a Planck keyboard is an interesting experience. I have only been using it three or four days and have already noticed a couple of things.

Your hands don't really move. Your palms tend to just rest in the one place. I quite like this.

Your thumbs are quite busy. Between the space bar and the layer switch keys they get a workout.

Learning the layout isn't that difficult. In addition, some keys end up in very convenient locations by default. E.g. both - and _ end up on the J key. As a Linux Sys Admin these keys get plenty of use and having them on the home row works well. Function keys are also easy to access on or below the left home row. Having easy access to F5 makes refreshing webpages much easier. When I look at a standard keyboard now my eyes are instantly drawn to the distance between the home row and the F5 key.

One major pain point is password entry. For me password entry relies on muscle memory. While I know the characters in my passwords, at some point I stop using the actual characters and instead recall the key positions instead. Changing the entire keyboard layout plays havoc with this system. Entering passwords is quite slow at the moment though I am improving.

Once I'm comfortable with the keyboard I'm going to look at making some tweaks to the firmware. My keyboard has an older firmware loaded and is also missing a couple of keys included in the most recent firmware. Notably the Home, End, Pg Up and Pg Down keys. I haven't really missed them to be honest. I'll blog about that when I get around to it.